What is the reason for Chainlink's dramatic success?

In 2020, LINK coin grew by 830% and surpassed Bitcoin and most of the liquid altcoins in profitability.  At the time of writing, the ass... 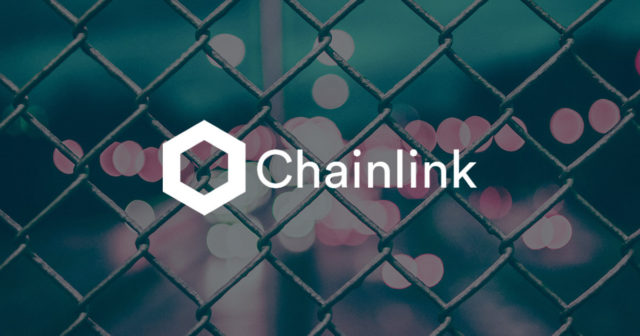 In 2020, LINK coin grew by 830% and surpassed Bitcoin and most of the liquid altcoins in profitability. At the time of writing, the asset ranks fifth in terms of capitalization.
The project has many ill-wishers who view the rise of LINK as a speculative bubble. But his supporters point to the high popularity of decentralized oracles in the DeFi sector and cite the demand for technology as the reason for the success.
We understand the arguments of the parties and find out what is behind the success of Chainlink - speculation, fundamental factors or coincidence of circumstances.

Blue - the number of new addresses per day, green - the number of active addresses per day. Data: IntoTheBlock.
Chainlink has an active community promoting the coin. The most ardent supporters call themselves LINK Marines - it is estimated that their number  reaches  50,000. They are flooding Twitter, Reddit, Medium and other social media with posts about the project.
In mid-July, unknown persons published a report "Exposing the Chainlink Fraud" under a fake Twitter account of the British investment bank Zeus Capital and accused the Chainlink team of a scam. The authors said they took a short position in LINK and encouraged them to follow suit. They also invited some Twitter bloggers to post negative reviews of the project for money.
The publication of the report briefly lowered the price of LINK, but it soon became clear that the real Zeus Capital had nothing to do with it. The Chainlink community concluded that the report was the work of competitors.

What are Decentralized Oracles?

Chainlink is a decentralized oracle service on Ethereum.
Blockchains do not have access to information outside the network, so they need special programs - oracles that provide data from external sources for  smart contracts . Chainlink connects them via API to external resources: decentralized applications, payment and corporate systems.
Oracles are in demand among data providers, blockchain startups, and the DeFi sector. Many companies using smart contracts have their own oracle solutions, but even they need third-party decentralized systems for a number of tasks. In addition, many teams prefer to develop the main product and delegate the oracles to third-party services.
Centralized oracles rely on only one source of information. In such cases, there is always the possibility of error. For example, if a smart contract needs to know the value of two assets, it is not very correct to request data from only one exchange.
Chainlink maintains a network of oracles. Smart contracts receive information verified by consensus of oracles. This eliminates the possibility of data corruption.
LINK powers the Chainlink ecosystem and is used to pay for services on the network. Any company using Chainlink oracles buys coins to pay for collecting and providing information. At the same time, the token has a limited emission of 1 billion coins.

The Chainlink team constantly announces new partnerships, but many of them are formal, and their real impact on the development of the project is exaggerated. The market reacts positively to such news.
In 2019, the project reported dozens of partnerships with major firms, including Google Cloud and software vendor Oracle.

With Google, there is no formal agreement: the company just posted a blog post on how to use the service.

At the beginning of the year, the Chainlink ecosystem  had  over 100 members and partners. Now there are several dozen more of them. 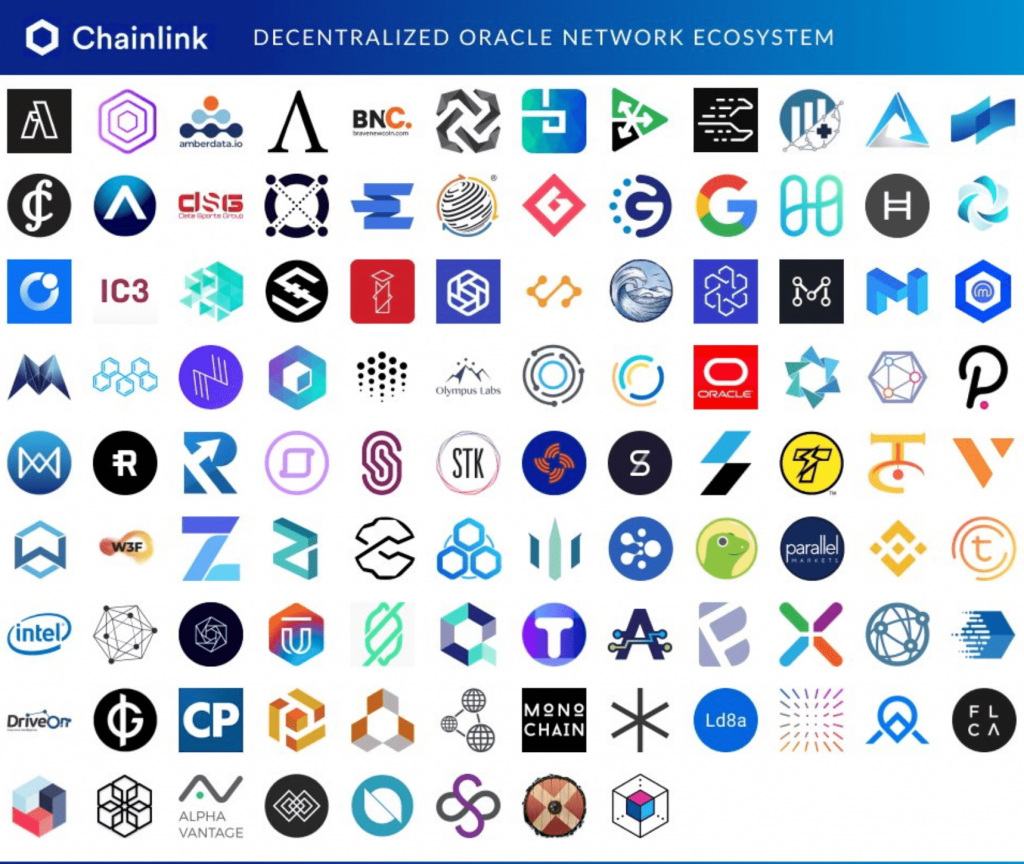 Chainlink ecosystem in early 2020. Source: exploring.link.
The team posts on Twitter about at least one partnership per week. Here are the most important prisoners this year:

Chainlink as an industry standard in DeFi

Chainlink has become an important part of the DeFi sector. A significant part of the ecosystem relies on project oracles, which have already become the industry standard. The project has occupied a niche in which there is practically no competition, which allowed it to actually become a monopolist.
Decentralized oracles enhance the security of DeFi protocols. For example, they determine the prices of cryptocurrencies when issuing loans. In February of this year, a hacker withdrew nearly $ 1 million from bZx through price manipulation. This was possible because bZx relied only on the Kyber oracle. After the incident, bZx switched to Chainlink.
Chainlink oracles already use the Aave, Ampleforth, bZx, Celsius Network, Loopring, Polkadot, Synthetix and others protocols.

The LINK Rally is, to a certain extent, a consequence of the hype and lost profits syndrome (FOMO), but the demand for decentralized oracles is indeed growing at a rapid pace due to their immunity to data corruption.
In the future, Chainlink may face the following problems: