During the existence of bitcoin, a large number of erroneous judgments have appeared about it, which continue to spread among people. This l... 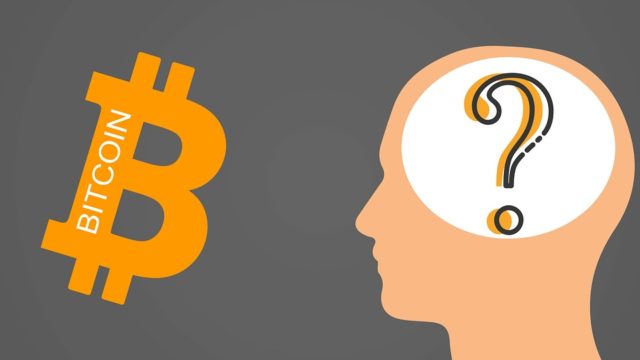 During the existence of bitcoin, a large number of erroneous judgments have appeared about it, which continue to spread among people. This leads to the fact that the cryptocurrency is beginning to be treated in a negative way, since the overwhelming majority of myths about digital currencies are aimed at discrediting them, writes RBC Crypto.

Bitcoin is a pyramid

When buying bitcoin on cryptocurrency exchanges, no one promises the investor high returns, but on the contrary, the site should warn him about the risks associated with investments, since digital currencies are a highly volatile asset. It is also worth noting that there is no advertising of bitcoin in the media and other sources since it is a decentralized asset and it does not have an issuer. The promotion of their own services can be carried out by sites whose activities are related to cryptocurrencies.

The regulator defines pyramid schemes as illegal activities related to the theft of funds from the population by promising property benefits received:

At the beginning of 2021, the law "On financial digital assets" came into force in Russia, which classifies cryptocurrencies as property and prohibits their use as a payment instrument. Moreover, the document introduces the need to pay personal income tax when making a profit from digital currencies. This means that government regulators do not classify cryptocurrencies, and in particular bitcoin, as financial pyramids.

Bitcoin can be hacked

Cryptocurrencies are created on the basis of blockchain technology, which organizes a database consisting of a chain of blocks. Each subsequent block contains information about the previous blocks. Such a database is simultaneously stored on all computers of the participants in the system.

This technology is based on the principle of decentralization, that is, the base is not located in one place, but in all computers of the system participants that form the network. In order to somehow influence the network, you need to get 51% of its hash rate. Only in this case, it will be possible to make changes to transactions and impose their acceptance on the minority.

The computing power of the bitcoin network is distributed around the world, and in order to try to take over the network, it is necessary to combine a large amount of equipment. Mining companies will not destroy their source of income. And even if someone decides to attack the system, this maximum will lead to failures, which will be eliminated with the help of emergency updates.

Hacked cryptocurrency exchanges and other services that work with digital money.

Bitcoin is not backed by anything

Back in 1971, the US authorities abandoned the Bretton Woods system (gold standard) and the US dollar lost its peg to gold. From that moment on, the currency of the United States has no specific security but directly depends on the financial stability of the country.

In order to understand how bitcoin is provided and how its price is formed, it is necessary to take into account the value and functionality that the cryptocurrency presents to its owner:

Thus, Bitcoin allows you to make payments and money transfers anonymously for any amount, regardless of the location of the sender and recipient of the cryptocurrency. This factor, combined with the limited emission of bitcoin (21 million coins), determines the demand, which subsequently forms the price of the cryptocurrency.

Cryptocurrencies are considered to be highly volatile assets because their prices have a wide range of fluctuations. Bitcoin has experienced several major ups and downs. For example, at the end of 2017, the digital coin rose in price to $ 20 thousand. The next year, the cryptocurrency fell in price by more than 80%, and by December 2018 it had fallen to $ 3.5 thousand.

The risk of incurring losses as a result of working with bitcoin still exists today. For example, on April 18, crypto traders lost more than $ 9 billion due to a 13% drop in the bitcoin rate. The value of the main cryptocurrency then dropped to $ 50.9 thousand. After that, the asset continued to fall and dropped to $ 48.4 thousand. At this, the holders of the first digital coin lost another $ 3.7 billion.

Bitcoin is used only by criminals

The anonymity that cryptocurrency gives really allows digital coins to be used in illegal schemes. But, in this case, it is no different from cash, which is also used in illegal activities.

In 2021, large companies began to actively buy bitcoin to protect against inflation and other risks of the traditional financial market. For example, in February, Tesla acquired the main cryptocurrency for $ 1.5 billion. According to the CEO of the company Elon Musk, at the end of March, Tesla sold 10% of bitcoins, fixing a profit.