Over the past month, bitcoin has fallen in price by 7%. On April 14, the first cryptocurrency updated its maximum value. Its price on the Bi... 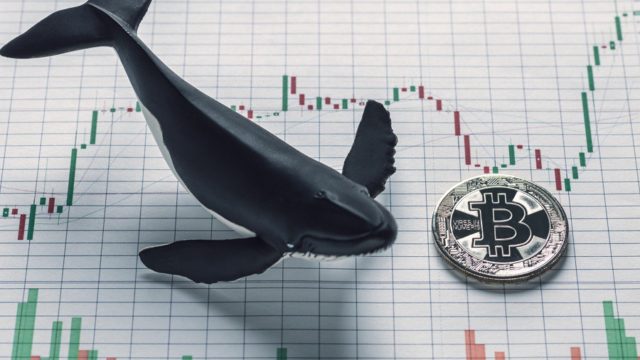 Over the past month, bitcoin has fallen in price by 7%. On April 14, the first cryptocurrency updated its maximum value. Its price on the Binance crypto exchange reached $ 64.9 thousand. But after that, the quotes went down and on April 25 they reached their lowest level since the beginning of March - $ 46.9 thousand. As of 16:20 Moscow time on April 30, the cost of bitcoin, according to CoinDesk, amounted to $ 54.7 thousand, writes RBC Crypto.

The experts explained why the whales continue to buy the main cryptocurrency and whether an ordinary retail investor should pay attention to it.

"Whales" generally enter the market on a large scale during deep corrections and partially unload as the price rises, explained Maria Stankevich, Development Director of the EXMO Exchange. According to her, active purchases of large investors are quite natural, given the recent correction. Moreover, almost none of the "whales" (apart from Tesla) have not yet taken profits, the expert added.

“It is these institutions that provide the greatest price support and prevent bitcoin from moving to a larger-scale correction,” said Maria Stankevich.

Profit for any outcome

"Whales" are not prone to emotional and spontaneous decisions, none of them invests all their funds in cryptocurrencies, they use digital assets for diversification, says Maxim Krupyshev, CEO of the CoinsPaid ecosystem. Large cryptocurrency holders are simultaneously investing in bitcoin and insuring against falling risks using bitcoin futures on the Chicago Mercantile Exchange by placing short positions. Therefore, they win in any state of affairs and very rarely exit the asset in the event of a decrease in its value.

“Whales think strategically and can even influence the market in order to sow panic and benefit from lower prices,” added Maxim Krupyshev.

What an investor should do

Novice investors should not be guided by bulk purchases of "whales", as they can often coordinate their deals or inform the circle of the elite about them and potentially collapse or raise the market, advises Maria Stankevich. There are no laws on crypto market manipulation yet, and assets are very volatile and speculative, so such stories are not uncommon, she added.

A retail investor should take into account various factors, and the activity of whales may be only one of them, not necessarily the most significant, says Denis Voskvitsov, head of the fintech company Exantech, Denis Voskvitsov. News summaries can also help in decision-making, for example, that some institutions have received the opportunity to invest in cryptocurrency, and technical changes in the blockchain itself, he added.

Maxim Krupyshev also recommends not focusing on the accumulation of bitcoins by large holders. According to him, retail investors do not have the portfolio and risk management capabilities of the whales. At the same time, the actions of the "whales" must be kept in mind in order to approximately understand the long-term prospects of the crypto market, said the CEO of the CoinsPaid ecosystem.