Are Bitcoin Cash and Bitcoin SV destined to leave the crypto arena?

The most popular forks of the Bitcoin network - Bitcoin Cash (BCH) and Bitcoin SV (BSV) - have been falling in price for most of 2020,... 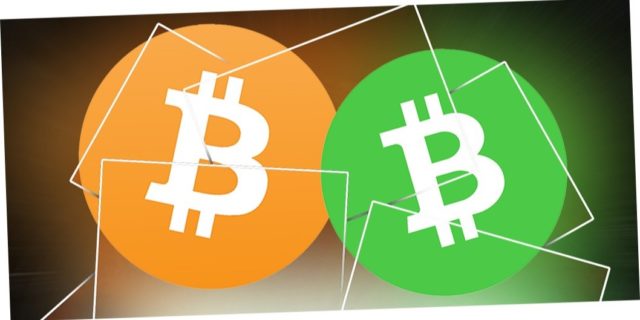 The most popular forks of the Bitcoin network - Bitcoin Cash (BCH) and Bitcoin SV (BSV) - have been falling in price for most of 2020, while their parent has grown in value by a third since the beginning of the year. At the same time, halvings in the networks of both altcoins, which took place in early April, did not have a positive effect on the dynamics of the movement of BCH and BSV quotes, and miners switched their equipment to mining more profitable coins. But is it time to put an end to these projects? We understand everything in detail in the material.
On April 8, Bitcoin Cash experienced the first halving in the history of the project, as a result of which the reward of miners was halved. On that day, the altcoin price rose to $ 247.3, but by the end of June it dropped to $ 230.5, having lost 6.79%. As a result, many analysts  predict a  "imminent extinction" of this bitcoin fork.
As for Bitcoin Satoshi Vision, which follows BCH in terms of capitalization, it also experienced its first halving on April 10 this year, and since then has fallen in price from $ 184 to $ 168.38, that is, by 8.48%.
It is worth comparing these indicators with the first cryptocurrency, the network of which went through the third halving in its history on May 11. Since then, Bitcoin has risen in price from $ 8450 to $ 9136, that is, by 7.51%. If we consider the yield from the beginning of the year (YTD), then BCH has + 0.8%, BSV -3%, and BTC shows an increase of + 26.85%.
But can we assume that in the cases of BCH and BSV "all is lost"? Of course, for the above time period, a downtrend for both coins is obvious, but if you look at a longer timeframe, for example, from the beginning of 2019 to the end of June of the current year, a completely different dynamics is read.
So, during this time:
This suggests that over the long term, these assets are consistent with the key principles of the "hodl" strategy so popular in the cryptosphere. According to her, long-term investments in cryptocurrency, for example, for a year and a half or more, show significant growth. It is important that the altcoins BCH and BSV were able to reach a worthy plus compared to Bitcoin. And this is even despite the fact that in June there was a clear slowdown in bitcoin volatility. After all, altcoins usually show significant growth, and in some cases even outrunning, for example, when the market “follows” a strong rise in bitcoin.
The latter, although it has grown strongly in comparison with the March minimum of the year at $ 3300, this month not only failed to gain a foothold above the psychologically important mark of $ 10,000, but also hardly kept at the level of $ 9000, trying not to fall below. In this situation, the altcoin market could have been trading in the red zone for a long time, however, on the contrary, investors in these digital assets believe in their prospects.

BCH and BSV as engines of innovation

When analyzing the future of Bitcoin Cash and Bitcoin SV, it is worth remembering the reasons why these projects were originally launched. The main goal pursued by the founders of BCH and BSV is to solve the problems of the Bitcoin network by providing the market with an improved cryptocurrency model. Of course, this does not mean that Bitcoin has been written off, but rather indicates that the development of the cryptosphere is largely dependent on altcoin projects.
Let's consider what solutions to BTC problems BCH and BSV offer:

Discussion and criticism of bitcoin forks

Of course, supporters of various crypto-assets in their quest to convince the crypto community of their exclusivity often "go too far."
The claims of Craig Wright, who is behind the Bitcoin SV project and has been trying (unsuccessfully) for several years, to convince the community that he is Satoshi Nakamoto, the creator of Bitcoin, are a lot of criticism. The decision of Roger Vera, who promotes Bitcoin Cash, to use the word Bitcoin in reference to his project also raises many questions. In addition, Ver  claims that in the past he faced a thousand dollars commission when transferring bitcoins, and also waited more than two days for confirmation of transactions on the network of the first cryptocurrency.
However, many crypto market players are no less critical of Wright's and Vera's projects. So, the founder of the analytical resource Messari Ryan Selkis  believes that in the future these altcoins will leave the top 10, as they are “overvalued and stupid”.  Simon Dedik, an analyst at Moonrock Capital, shares a similar  opinion .
I will probably be hated for this, but I remain unconvinced: $ XRP, $ BCH, $ BSV, $ LTC and $ EOS should not be in the top 10 cryptocurrencies. I can't wait for them to disappear and be replaced by more worthy candidates like $ VET, $ LINK, $ XTZ or $ ATOM.
Dedik is right that the cryptosphere is developing every day, and new projects have the right not only to "supplement" bitcoin, but also to become the engine for the development of the entire industry. In this regard, the position of Bitcoin maximalists, who support only the first cryptocurrency and nothing else, is not only counterproductive, but also does not correspond to the spirit of the cryptocurrency ecosystem development.

Prospects for the development of BCH and BSV

But even despite criticism from prominent players in the crypto community, it is worthwhile to soberly assess the development prospects of BCH and BSV, before "passing judgment on them."
So, one of the key indicators of the viability of a particular cryptocurrency is the level of stability of its blockchain. And first of all, this is evidenced by the cost of carrying out the "51% attack":
“Bitcoin Cash Doesn't Look Healthy:

- The hash rate has dropped by 30% since the halving and is only 2% of the total hash rate of cryptocurrencies based on the SHA256 algorithm.
- Economic indicators are at historic lows.
- Commissions in the income of miners are 0.05% (less than $ 100 per day).
- The cost of a theoretical 51% attack is less than $ 10,000 per hour. I'm surprised we haven't seen a large-scale attack yet, "said crypto analyst Yassin Elmanjra.
However, in most cases such attacks are never carried out and are largely theoretical in nature. The fact is that almost all altcoins are "overgrown" with an ecosystem, most of whose participants are interested in ensuring their stable operation.
BCH and BSV also reproach the low share of income of the miners of these networks, so that transactions with altcoins are not burdened with high commissions. But the level of interest of miners in mining these coins is also not a direct indicator of the viability of these projects. Indeed, with an increase in the price of assets, they will return to their production. Therefore, the basic point is the demand for altcoins, which means that it is worth paying attention to the dynamics of the movement of quotations of these assets, which has not yet disappointed in long time periods.

BCH and BSV may go away, but their innovations will remain

The positive aspects of the BCH and BSV projects may be, oddly enough at first glance, and their possible fading.  Roger Ver himself hinted that this is possible in the case of BCH  .
Why is it good? The fact is that the innovations brought to the world by BCH will not disappear anywhere even if this project is closed, but will be implemented at a new level in another project. The phenomenon of the development of the cryptosphere lies in the fact that absolutely all projects that appear in it, by their existence, carry lessons for future startups.
In the case of BCH, Ver faced the reluctance of a significant number of developers in the altcoin ecosystem to increase the block size above 32MB. Therefore, he is ready to go further and develop some other project. Note that initially BCH arose as a fork of Bitcoin with one of the main technical ideas - increasing the block size, which the project team successfully managed to do. But the time has come, and Ver believes that the next step must be taken: either achieve consensus within the BCH community on further increasing the block size, or work on another project.
At the same time, Vera's departure from BCH will not mean that this project will "collapse": after all, even the corporate scandal at Bitmain did not lead to the fact that BCH began to fall in price.
“Time to think about selling BCH as Jihan Wu could go to jail. Mikri Zhang submitted a statement listing all the points of violation of the law that were committed by Jihan Wu, ”said Mo Li, head of the Hashkey Hub platform.
As a reminder, current Bitmain CEO Jihan Wu has been a well-known supporter of Bitcoin Cash since 2018.
A similar debate over block size is underway for Bitcoin SV: the smaller the block, the less risks of centralization, say opponents of increasing block size. But, as Roger Ver noted, not all participants in the cryptosphere are concerned about the decentralization aspect: many people care about the comfort in using digital assets.
The logical conclusion is that for those who care about decentralization, there is bitcoin, as well as other digital assets similar in this parameter. Curiously, although Bitcoin SV arose out of the desire of the crypto community to launch a blockchain with 128MB blocks, now the actual block sizes of this network are smaller than those of the Bitcoin blockchain.
And even if Bitcoin Cash and Bitcoin SV are destined to leave the crypto arena, this is unlikely to happen in the next few years. The networks of both projects are supported by a sufficiently large number of miners who are interested in the further viability of these blockchains.