Why Ethereum mining revenue fell and what does it depend on 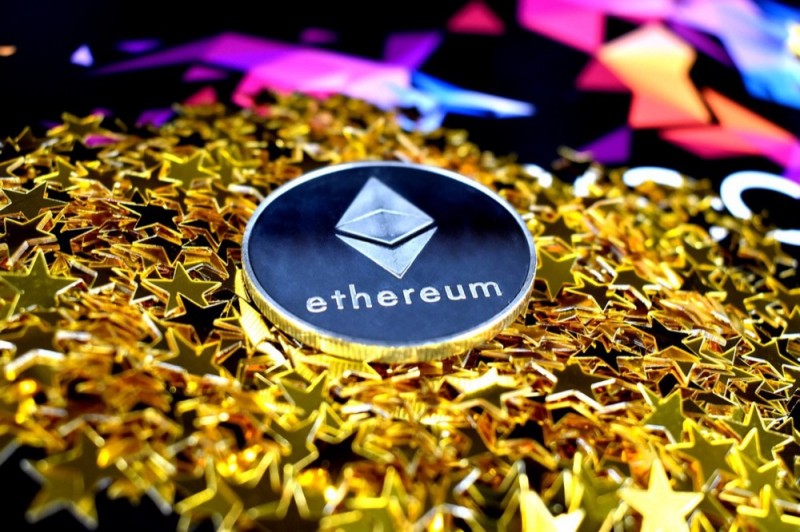 Let's say you have a non-buggy, non-freezing mining farm that runs 24 hours a day, and its hash rate is constant. It doesn't matter what size your mining farm is. This can be a single graphics card in your home PC, or a huge farm of many such graphics cards. All of these factors affect in the same way.

It goes without saying that I'm talking about a constantly and smoothly running farm. This means that if you experience any failures every few hours, then you need to fix them and only then move on to mining.

So, what factors influence earnings from Ethereum mining.

Let's take a closer look at each of the parameters.

Hashrate and complexity of the Ethereum network

On the Ethereum network, finding blocks on average takes 13.2 seconds. This value can change, that is, finding blocks can take both 1 second and 1 minute, but on average this is 13.2 seconds. This is the most important parameter: the network monitors it and keeps it at 13.2. The more miners there are, the higher its complexity and the more difficult it gives the problem, the solution of which is needed to find the block. It also works the other way around.

The more miners there are in the network, the less ETH you will mine daily.

The good news is that the hash rate of the Ethereum network has already grown so much that due to the arrival of a new group of miners, it does not affect the hash rate so much. If you look at the statistics of the network hash rate growth per year, you will notice a 2.5 times increase.

Ethereum network users use it in the following cases:

2 ETH is a reward corresponding to the found block, which is due to miners. This is the basic value that motivates people to mine. If, for example, people are not currently performing any manipulations with money, miners will still be rewarded.

Each user of the network has a desire to make his translation or interactions with smart contracts as quickly as possible. The more often users use the network, the greater the increase in the commission for the transfer or execution of the smart contract. Miners, on the other hand, include transactions with the highest commissions in blocks in order to get more earnings. Using the term miners, we mean, first of all, mining pools (a special mining service that combines the power of all computers into one). Mining Ethereum alone is not possible, as it requires huge amounts of power.

Why is the mining calculator lying?

The thing is that such calculators simply analyze old data and, based on this, show you some value. The calculator is just a tool to help you estimate mining income. The calculator does not predict how heavily the network will be loaded at any given moment. Nobody knows this.

Let me give you a simple example.

CryptoKitties are gaining popularity on the network (CryptoKitties is a collectible blockchain game in which people buy and breed virtual pets. Part of the transactions on the Ethereum network goes to their purchase), and everyone runs around and buys them. The Ethereum network saw an increase in fees. Going into the calculator, you will see that your earnings will be $ 4 per day. The next, their popularity dropped, and instead of your "promised" $ 4 per day, you get only $ 3. This also works in the opposite direction.

Mining profitability - in dollars or ETH

However, they often have a question: "What caused the mining revenues to fall?" It's all about the course of Ethereum itself. If your income in local currency suddenly dropped, first of all look for the problem not in your computer equipment or in the mining pool, but in the course itself. Maybe the situation is that Ethereum has fallen in price. Therefore, you must first of all watch the current Ethereum rate in ETH.

Why has Ethereum mining income increased?

If you are asking a similar question, then re-read this article again properly. You can easily find exactly the factor that influenced the growth of income. You need to pay attention to the congestion and complexity of the network. It is also worth looking at the current Ethereum exchange rate in ETH.

ARTICLES,131,BITCOIN,9,CRYPTOCURRENCY,136,EXCHANGES,3,MINING,4,MONERO,1,REVIEWS,2,
ltr
item
Cryptocurrency Magazine - Crypto Market Updates: Why Ethereum mining revenue fell and what does it depend on
Why Ethereum mining revenue fell and what does it depend on
On the Ethereum network, finding blocks on average takes 13.2 seconds. This value can change, that is, finding blocks can take both 1 second and 1 min
https://1.bp.blogspot.com/-KAf3AYm2pJY/YFi2EeCLCUI/AAAAAAAALO4/WLFHXm9iyLw6OVZk6mWShrIw4MJHtihiwCLcBGAsYHQ/s16000/236398_O.jpg
https://1.bp.blogspot.com/-KAf3AYm2pJY/YFi2EeCLCUI/AAAAAAAALO4/WLFHXm9iyLw6OVZk6mWShrIw4MJHtihiwCLcBGAsYHQ/s72-c/236398_O.jpg
Cryptocurrency Magazine - Crypto Market Updates
https://www.cryptocurrencymag.com/2021/03/why-ethereum-mining-revenue-fell-and.html
https://www.cryptocurrencymag.com/
https://www.cryptocurrencymag.com/
https://www.cryptocurrencymag.com/2021/03/why-ethereum-mining-revenue-fell-and.html
true
6872684351681791482
UTF-8
Loaded All Posts Not found any posts VIEW ALL Readmore Reply Cancel reply Delete By Home PAGES POSTS View All RECOMMENDED FOR YOU LABEL ARCHIVE SEARCH ALL POSTS Not found any post match with your request Back Home Sunday Monday Tuesday Wednesday Thursday Friday Saturday Sun Mon Tue Wed Thu Fri Sat January February March April May June July August September October November December Jan Feb Mar Apr May Jun Jul Aug Sep Oct Nov Dec just now 1 minute ago $$1$$ minutes ago 1 hour ago $$1$$ hours ago Yesterday $$1$$ days ago $$1$$ weeks ago more than 5 weeks ago Followers Follow THIS PREMIUM CONTENT IS LOCKED STEP 1: Share. STEP 2: Click the link you shared to unlock Copy All Code Select All Code All codes were copied to your clipboard Can not copy the codes / texts, please press [CTRL]+[C] (or CMD+C with Mac) to copy