Cryptocurrencies: What You Need To Know Before Buying

Cryptocurrencies are highly volatile and have technological properties that are not inherent in conventional assets. What is the peculiarity... 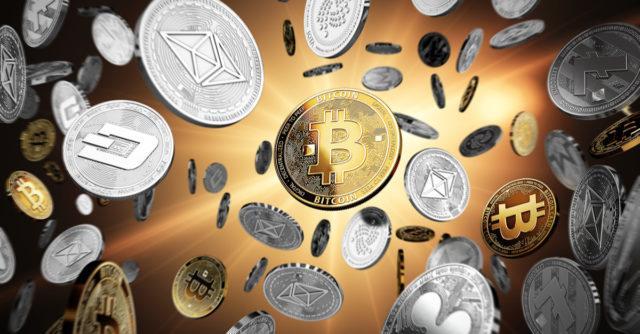 Cryptocurrencies are highly volatile and have technological properties that are not inherent in conventional assets. What is the peculiarity of digital coins and what prospects it opens up for investors, writes RBC Crypto.

What caused the high volatility

The young market is always more volatile than the mature and time-tested one, explained Vladimir Smetanin, director of the financial company Newcent. According to him, regulators prohibit large players (such as government funds and conservative investors) from trading cryptocurrencies, so the market is not yet liquid enough.

The exchange rate of many fiat currencies depends on the quotations of natural resources mined in the country since they constitute a significant part of exports, and virtual coins are not tied to tangible values, so their value is quite difficult to understand for an ordinary layman, the expert noted.

According to Smetanin, high volatility can be attributed to both negative and positive properties, since this factor is used by traders to obtain high returns.

In addition to trading on centralized crypto exchanges, investors can conduct transactions on the OTC (over the counter) market. Its main difference is that OTC trades are carried out directly between buyer and seller.

An OTC transaction is more beneficial for large transactions, in terms of security and privacy, since the user does not have to register on the exchange and go through the verification procedure, disclosing his data.

The most important advantage of OTC for traders is the ability not to influence the market with large transactions, hide their intentions and perform transactions at the best price, said Viktor Pershikov, a leading analyst at 8848 Invest.

“OTC trading is the most suitable format for large and institutional participants in the cryptocurrency market,” he added.

Due to low liquidity and high volatility, as well as lack of regulation, some groups of investors can influence the quotes of digital coins and use them to their advantage. According to Anton Kravchenko, CEO of Xena Financial Systems, such practices are found in any market, but cryptocurrency is easier to manipulate than traditional assets.

“The higher the liquidity, the more difficult it is to influence prices. The total capitalization of the entire cryptocurrency market is lower than the capitalization of one Apple company, so there are a lot of manipulative price movements on the crypto market, ”the expert added.

Digital assets are stored on the blockchain: a distributed, decentralized ledger that is the backbone of the cryptocurrency ecosystem. A special wallet, which can be of three types: software, exchange, or hardware, allows you to access the blockchain and carry out transactions with digital coins.

Each wallet, regardless of the operating environment, contains private and public keys.

The public key is a digital string that anyone can see. It consists of a set of letters and symbols and is used when sending funds to a wallet.

A private key is a kind of security key made up of a series of cryptographically generated random numbers that cannot be cracked. Essentially, it is a 256-bit or 32-byte hexadecimal number that is created to sign translations.

The idea behind IDO is that the tokens issued by projects are already provided with pools of investor liquidity on decentralized exchanges. Often, the IDO token grants its holders the right to vote and control the direction of the underlying protocol.

The decentralization technology on which the blockchain is built has another feature. The investor may lose funds when they are sent to another address if he made a mistake while writing it. When digital coins are sent to a non-existent address, tokens are burned. Even if the cryptocurrency is sent to a stranger, it is impossible to return it, since there are no managing organizations and third parties in the blockchain that can cancel the transaction.