How To Recognize An Exit Scam? 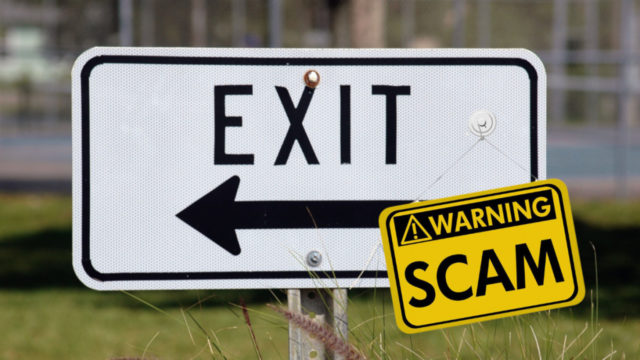 The loud scandal around the Turkish cryptocurrency exchange THODEX once again reminded the cryptocurrency community of such a phenomenon as an exit scam.

The essence of an exit scam, like any other fraudulent scheme, is simple: to steal money from unsuspecting users. In this case, the scammers at first work in good faith and create the impression of a decent company that can be trusted. At this stage - it can last from several months to several years - their task is to collect as much money from users as possible. Then they just take all the money and close the project.

However, scammers do not always “close the project”. Quite often, they simply evaporate with clients' money and no longer get in touch.

Perhaps the most famous exit scam is the Bitconnect blockchain project. He promised high interest rates on investments in Bitconnect coins (BCC). Users exchanged bitcoin for BCC and received daily interest for holding BCC. The percentage was set by the so-called "trading bot". He was the very cornerstone of the whole scheme.

For a while, the project even developed successfully. The BCC token rose in price from $ 0.17 after the ICO to a maximum of $ 463, and the capitalization increased to $ 2.6 billion. 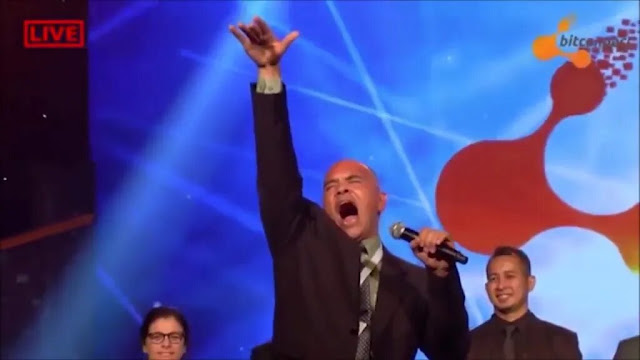 However, over time, users recognized a financial pyramid in the project and later found out that the official website was registered to a private individual. At one time, suspicions about Bitconnect were expressed by  Vitalik Buterin, co-founder of Ethereum, as well as the founder of  Litecoin, Charlie Lee.

Later, an aggressive marketing campaign turned against Bitconnect. Several financial regulators ordered Bitconnect executives to cease operations. Over time, criticism of the project and the persecution of regulators finished off the project, the token of which collapsed to zero. In addition to Bitconnect, the following high-profile exit scams are also known: OneCoin, PlusToken, PRIZM, Pure Bit, Savedroid, Prodeum, LoopX.

How to avoid becoming a victim of fraud

It is almost impossible to completely protect yourself from potential exit scams. The THODEX example made it clear that even "legally clean" companies can go underground at any time, taking users' money. However, there are red flags to look out for:

Registration.  Optional [given lack of regulation in some regions] but desirable. Any large project that appears to be innovative must be legally registered. The exceptions are the projects of the world of decentralized finance (DEFI), smart protocols, and decentralized exchanges.

Team.  A large project will not hide its team. The more developers communicate about themselves, the better. Of course, here you can recall the example of the anonymous Satoshi Nakamoto, but this is rather an exception to the rule.

Social media.  One way or another, the project must have a user base. Explore the social networks of the project, view the pages of subscribers. Scammers often use cheats and bot farms to make an imaginary appearance of project support.

The cryptocurrency market is still relatively young. Due diligence and minimal project legitimacy checks will help reduce risks, but will not provide 100% protection against exit scams. When investing money, investors must understand that they are doing it solely at their own peril and risk, and take into account all possible scenarios for the development of the situation.