In The Shadows: The Past, Present, And Future Of Monero

Due to the peculiarities of Monero, some crypto exchanges have abandoned its listing. Does the XMR token have any advantages, who uses it, a... 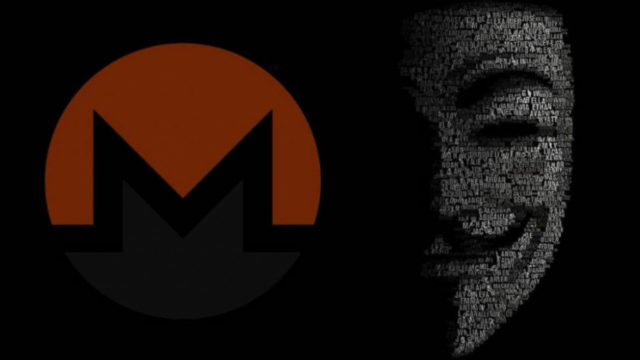 Due to the peculiarities of Monero, some crypto exchanges have abandoned its listing. Does the XMR token have any advantages, who uses it, and in what areas it can be used for good, writes RBC Crypto?

In early June, the US Federal Bureau of Investigation was able to recover approximately $ 2.3 million of the $ 4.4 million that Colonial Pipeline paid the hackers in the form of a ransom. The funds were transferred to the cybercriminals' crypto wallets in bitcoins, thanks to which they were tracked down.

More knowledgeable criminals are now demanding a ransom, not in bitcoins, but in another coin - Monero, warns  Rick Holland, the chief information security specialist at Digital Shadows.

“In the case of Monero, [the blockchain] hides the wallet address, the number of transactions, the name of the counterparty - this is what dishonest players want,” explains Fred Thiel, former chairman of the board of directors of a large European cryptographic company Utimaco.

Bitcoin operates on a public blockchain, transactions in which can be tracked in real-time using various services, blockchain observers, for example, Blockchair.com or Blockchain.com. This means that the movement of funds in bitcoin does not go unnoticed. In addition to the addresses used in the transaction, the payment amount remains public. Monero is different - it runs on an anonymous blockchain.

Monero (XMR) cryptocurrency was created on the basis of the ByteCoin token blockchain, developed in 2014. ByteCoin is the first cryptocurrency to use the CryptoNote protocol. This protocol includes mechanisms that make the blockchain completely anonymous.

Until now, most Monero developers have not revealed their names. Notable developers include Ricardo "fluffypony" Spagni and Francisco Cabanas.

CryptoNote provides complete anonymity to users thanks to technologies:

Monero owners can create a special "one-time" wallet for making a payment in order to further protect themselves. Such addresses allow you to hide the connection between the wallets of the participants in the transaction. This technology is called stealth addresses.

The creators of Monero have developed a dynamic block system that allows you to quickly confirm transactions and keep fees on the network low. The system works in such a way as not to create queues from transactions. If unconfirmed transactions begin to accumulate, then the block size may increase, but not more than twice the initial size.

The total supply of Monero tokens is limited (18.4 million digital coins). But the developers have provided a mechanism that will replenish the lost tokens and keep their number in circulation at approximately the same level. From May 2022, the blockchain will add 0.6 XMR every two minutes.

Typically, a seed phrase that is used to restore access to a cryptocurrency wallet is generated from a set of random English words. Monero has the ability to generate a seed phrase in different languages ​​to mislead attackers when trying to access the wallet.

Due to the high anonymity of the coin, financial regulators in different countries impose bans on its circulation. Because of this, crypto exchanges in Japan and South Korea, in particular UpBit,  Coincheck, and  OKEx, had to abandon the listing of Monero. This came after the Intergovernmental Organization Against Money Laundering (FATF) obliged all cryptocurrency exchange services to comply with the CFT (anti-terrorist financing) and AML (anti-money laundering) procedures. Due to the nature of Monero's architecture, these requirements cannot be met.

The future of Monero and anonymous coins

Despite the struggle of regulators with Monero, anonymous coins have a future, says Mikhail Karkhalev, financial analyst at Currency.com crypto exchange. According to him, the developers of the token can justify its use for the good in areas where anonymity is an advantage, not a disadvantage. As an example, the analyst cited the field of philanthropy, where people often prefer to donate anonymously so as not to publicize it.

Banning Monero is completely impossible, analysts agree. The supranational nature of cryptocurrencies prevents censorship even at the global level, not to mention attempts to bans in certain jurisdictions, explained Roman Nekrasov, co-founder of LAZM.

According to him, anonymous cryptocurrencies will remain a lot of those who understand technology, know how to “stay out of the limelight”, know how to use the same TOR, and go to the darknet. Monero has no plans to become a cryptocurrency, which conventional grandmothers will use to pay in supermarkets at the checkout, the expert added. Nekrasov also noted that Monero has a very close-knit community that believes in the revolution through decentralization.

“This is a huge support. They manage to adhere to the principles of true decentralization, in its most ideal form. Many projects can only dream of a community like Monero, ”said the co-founder of LAZM.