Should The Market Be Wary Of Fake NFTs?

In 2021, the technology of non-fungible tokens began to be applied in the field of art, since NFTs allow you to confirm the ownership of a d... 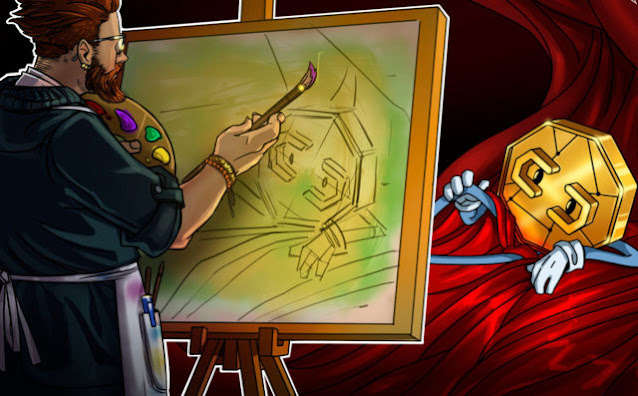 In 2021, the technology of non-fungible tokens began to be applied in the field of art, since NFTs allow you to confirm the ownership of a digital or physical object. Such tokens cannot be divided and cannot be changed without the knowledge of the owner, however, attempts have already been recorded to counterfeit NFT tokens and mislead investors, writes RBC Crypto.

A hacker alias Monsieur Personne claims to have created fake copies of a non-fungible token tied to the artist Beeple's Everyday: The First 5000 Days. Last month, the artist's token was sold by auction house Christie's for a record $ 69.3 million. The author of the fake tokens claims he wanted to show the unreliability of the NFT technology.

Monsieur Personne has created its own tokens on the Ethereum blockchain, however, they are not proof of ownership of the auctioned painting and do not affect the original token in any way. The fake tokens, according to the hacker, are almost identical to the original and were even issued by the same wallet. The hacker will sell nine copies of the fake NFT, and also plans to give away the very first fake token to their buyers.

The influx of intruders is expected

Any technology has vulnerabilities, and anything can be forged, said Nikita Soshnikov, director of the Alfacash cryptocurrency exchange service. According to him, the question is how cost-effective it is, it all depends on the attacker's gain.

“If we talk about NFT, it is obvious that the sharp rise in value attracted criminals to this area, and it is logical that they saw an opportunity here to profit from something,” the expert explained.

If earlier counterfeiting such tokens had no economic sense, now the attackers are ready to spend resources, time, and computing power in order to create copies and sell them to inattentive investors, gaining a profit, says Nikita Soshnikov.

All the hacker did was write his own smart contract and issue an NFT coin with the same identifier, which does not affect or affect the original token, explained Anton Bukov, co-founder of 1inch Network. According to him, Monsieur Personne, using the created smart contract, published the history of the movement of this coin through the wallets of the famous owners of the original NFT, simply by copying the information from the original token into a copy.

“The extent to which this new token is similar to the original depends very much on how it is displayed by marketplaces such as Rarible, OpenSea, and others,” the expert added.

The technology of NFT tokens itself and, accordingly, nothing threatens investors, Anton Bukov is sure. As for its relevance, it is too early to judge this, since the market is still very young, said the co-founder of 1inch Network.

An incentive for evolution

Usually, technologies do not stand still, and if there has been a successful attack, then the next step will be to upgrade the security of this technology, said the director of the cryptocurrency exchange service Alfacash. Counterfeiting the tokens of an already improved system, he said, would cost cybercriminals more. If the NFT market grows and tokens are more expensive, then the attack could be repeated again since it will be economically justified, the expert explained.

“In this case, the technology will be improved again, this is a continuous process that is inherent in any technology and which is observed everywhere in general,” Nikita Soshnikov emphasized.