The Main Methods Of Crypto Scams And How To Avoid Them

Fraudsters posing as Tesla and SpaceX CEO Elon Musk stole more than $ 2 million in cryptocurrency in October 2020 - March 2021. This follows... 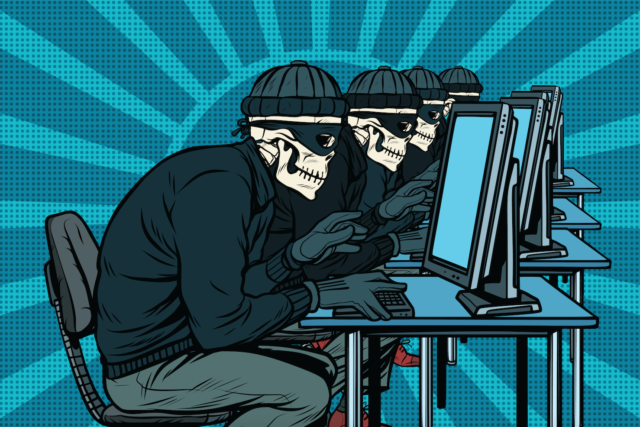 Fraudsters posing as Tesla and SpaceX CEO Elon Musk stole more than $ 2 million in cryptocurrency in October 2020 - March 2021. This follows from the report of the US Federal Trade Commission (FTC), published in May. In total, since October 2020, approximately 7 thousand people have told the FTC that they have transferred $ 80 million to crypto scammers, writes RBC Crypto.

There are several ways that criminals actively use. Let's talk about the main ones and how not to give your funds to cybercriminals.

One of the popular cryptocurrency fraud schemes is fake digital coin giveaways. Attackers are taking advantage of the fact that many people want to get cryptocurrency for free. In social networks, forums, and other sources of information, scammers post announcements that they are ready to double the amount that the investor will send to their wallet. However, they do not send the cryptocurrency back.

In 2020, Apple co-founder Steve Wozniak was involved in such a fraudulent scheme. Scammers used his name to attract victims. The attackers posted videos on YouTube in which they convinced users to send cryptocurrency to a specific address, promising to spend twice as much in return.

The businessman filed a lawsuit against YouTube, but his claim was dismissed with reference to US federal law, according to which Internet platforms are not responsible for content posted by users. The scammers also used the names of other famous personalities: Bill Gates, Elon Musk, and Michael Dell.

In 2020, the police accused the 17-year-old of conducting one of the largest attacks on the social network Twitter and gaining access to the accounts of Elon Musk, Bill Gates, and other celebrities. Using the accounts of businessmen, the fraudster implemented a similar scheme, promising users to double their funds.

Over the past few years, the number of cryptocurrency wallets, exchanges, exchangers, and other services has increased significantly. Fraudsters use this to create their own exchange offices that do not deal with exchanges but steal funds. Users are attracted to such sites with the help of supposedly closed information about what can be earned here on fluctuations in exchange rates.

Usually, attackers describe this scheme as “rubles - cryptocurrency - rubles”. They promise the user a profit after buying digital coins in a real exchanger with their subsequent resale on a fraudulent platform. Real exchange platforms in such schemes are used to increase trust.

The essence of the scheme is that the user buys cryptocurrency for rubles on a real platform. Then he turns to the scam platform since they offer a very favorable exchange rate for cryptocurrency to rubles. But there is no exchange. As soon as a user sends funds to a fake exchanger, he loses them.

In the past six months, cryptocurrencies have risen greatly and have shown good returns. For example, Bitcoin has grown by 26% since January, Ethereum by 250%, and Binance Coin by 900%. Such numbers attract the attention of people who want to make money. But most of them do not have the necessary knowledge to properly invest in digital assets.

This is what scammers use, promising high returns to those who will provide them with cryptocurrency, allegedly in trust. Attackers imitate the work of full-fledged investment funds, publishing daily reports on transactions and profitability. Moreover, at first, fraudsters can even make some payments to victims, working on the principle of a pyramid scheme. Trusting cybercriminals, users start giving them even more money.

In early June, the Bank of Russia published a black list, which included 1,820 organizations with signs of illegal activity. The regulator's list includes crypto companies that have signs of a "financial pyramid": Crypto-Max, Crypto Inc, Crypto Invest, Exchange Coindesk, and Secretcryptodeals, the regulator points out. Also on February 1, 2021, the Central Bank revealed the illegal activities of Cryptobase Inc, Crypto bull, Cryptohands, CryptoKS, Crypton Broker, Cryptonode, and Crypto on, and others.

How to identify scammers

Attackers work according to well-established schemes that allow them to enter the trust of users in order to deceive them later, Nikita Zuborev, a senior analyst at Bestchange.ru, explained. He named the signs by which you can detect fraudsters.

To the dangerous factors that indicate an attempt to mislead, there are promises of inflated profitability: 50% or even 100% per month, added Nikita Soshnikov, director of the Alfacash cryptocurrency exchange service.

No refunds are provided

Users who have become victims of scammers have the opportunity to contact law enforcement agencies, but this does not give any chance that the stolen funds will be returned, Nikita Zuborev noted.

According to him, in very rare cases it can happen that the scammers make a mistake and will be caught, but even in this case, the criminals may no longer have money.

“It is impossible to return cryptocurrencies, even if law enforcement officers had a great desire and authority. The very essence of cryptocurrencies implies the absence of a management function on the part of central organizations, ”the analyst added.

If we are talking about crypto exchanges registered abroad with a good reputation, then even in the event of hacking and theft of user funds, there are high chances of receiving a refund, says Nikita Soshnikov. According to him, the opposite situation is observed in Russia.

“If we talk about Russia, then I would not count on the return of the stolen money. At least now, ”the expert noted.