In cryptocurrency trading, you cannot rely on chance. To effectively open positions and generate income in the future, you need to have a cl... 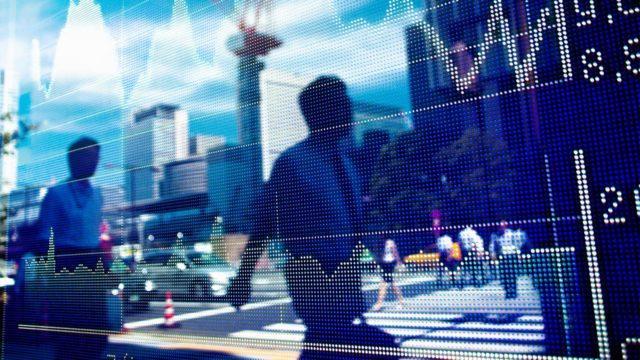 In cryptocurrency trading, you cannot rely on chance. To effectively open positions and generate income in the future, you need to have a clear strategy. Experts have named simple trading strategies that even beginners can follow. Writes about this RBC Crypto.

Trade with the trend

Asset quotes always move according to a trend that can be upward or downward, says the popular streamer TradingView Ilshat Bayturin. According to him, a trader can open positions in the direction of the trend, that is, buy when the trend is up and sell if the trend is a downtrend.

“The most difficult moment for novice investors is the definition of the trend, for this, it is necessary at least to determine the key local minimums and maximums,” the expert noted.

This method is more complicated and requires basic knowledge of technical analysis. A trend reversal can be used to open new trades, but the difficulty with this strategy lies incorrectly identifying a possible reversal. For this, Nikita Zuborev, a senior analyst at Bestchange.ru, recommends using several indicators.

The first instruments are the Moving Average (MA) and the Exponential Moving Average (EMA). According to the analyst, these indicators determine the current trend based on previous values.

There is a high probability that the price will sharply change the local trend when approaching this line, and the larger the “timeframe” (the time interval enclosed in one candle on the chart), the more significant the resistance at these levels, the analyst added.

The next tool is the Relative Strength Index (RSI), which shows the strength of the current trend. Senior analyst at Bestchange.ru says that the main signals are line crossings with overbought and oversold zones, i.e. values ​​close to the upper (100) or lower (0) border. The closer the RSI line is to 0, the more the downtrend weakens, and the closer to 100, the less the strength of price growth, Zuborev added.

One of the most common among novice traders is the MACD moving average convergence/divergence indicator, said Ivan Petukhovsky, co-founder of the EXMO crypto exchange. According to him, the main thing to know about this indicator is that it tells you where the market is likely to go next.

To correctly recognize the convergence/divergence of the moving averages, you need to open two lines on the chart of the trading pair - the signal line and the MACD line explained Petukhovsky. When MACD crosses the signal line from below, a bullish crossover is formed, and when from above, a bearish crossover is formed, said the co-founder of the EXMO crypto exchange.

The easiest way to start investing in cryptocurrency, the CEO of the financial company Newcent Vladimir Smetanin, considers the long-term accumulation of digital coins with regular purchases in equal parts. According to him, you can invest a fixed amount in bitcoin every month.

The advantage of such a strategy, according to Smetanin, is that it is possible to purchase an asset regardless of the market situation. If the price of a cryptocurrency starts to fall, then subsequent purchases at a lower cost can average the entry point, the expert added.

“This strategy works for those investors who have a long-term vision for asset growth and also see a big upside later. This is the pattern many see for bitcoin, ”said the CEO of the financial company Newcent.