Unusual Ways To Mine Cryptocurrencies

The very first bitcoins were mined on conventional central processing units that power personal computers. For 12 years, the mining indust... 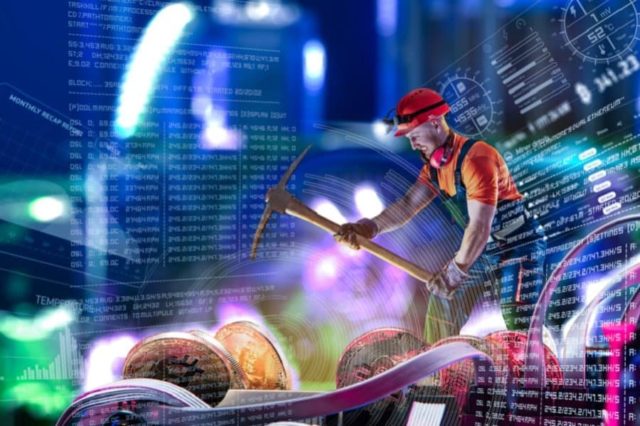 The very first bitcoins were mined on conventional central processing units that power personal computers. For 12 years, the mining industry of the first cryptocurrency has grown thousands of times. Processors and video cards have been replaced by industrial ASIC miners that are significantly superior in processing power. However, enthusiasts have created other, unusual mining methods writes RBC Crypto.

US programmer Ken Shirriff tried to mine cryptocurrency on the onboard control computer  (AGC), which was used on the command and lunar modules of the Apollo mission. The device was created in the 1960s and at that time was a cutting-edge development.

In 2019, when the average bitcoin hash rate was 71 Eh / s (exa hash per second), according to BitInfoCharts, a 15-bit computer mined one hash in 5.1 seconds. 1 exahash is 1 quintillion hashes.

Already at that time, Shirriff realized that AGC would never produce even one block, since this device takes a billion times longer than the universe exists. On average, it takes about 10 minutes to find one block of bitcoin, so AGC will not have time to carry out calculations for the extraction of cryptocurrency.

Mining blocks on a sheet of paper

Ken Shirriff went even further and tried a  method of mining bitcoin, which does not require any devices. The developer solved the mathematical problems necessary for mining manually on a sheet of paper, and then independently entered the results of the calculations into the blockchain.

Solving one cycle of the algorithm required to extract the hash took Shirriff an average of 16 minutes 45 seconds. This provided 0.67 hash per day. The main disadvantage of this method is that mining stopped as soon as the programmer stopped making calculations on his own. For comparison, the onboard control computer, on which Shirriff also tried to mine digital coins, received a hash every 5 seconds.

British researcher Max Davey 2017 proposed to mine cryptocurrency using breath. Duvi created a  digital coin mining device based on a spirometer (a medical instrument for measuring lung volume). Connected to the spirometer, a Raspberry Pi microcomputer converts breath into computing power, which is used to mine Monero (XMR).

The researcher himself notes that the meaning of his invention is not to make a profit but to popularize environmentally friendly and alternative methods of mining. Duvi presented his device at the GENERATORprojects digital art festival. For all the time, the spirometer-based miner mined only $ 0.04 (0.000226495645 XMR, taking into account the rate at the time of mining).

It is not uncommon for miners to come up with unusual ways to generate electricity to mine digital money. Iran currently has a temporary ban on mining cryptocurrencies due to a drought that has led to a shortage of electricity as a result of the low efficiency of hydroelectric power plants. Until now, the country's authorities continue to fight against cryptocurrency mining enterprises that operate illegally.

In Iran, mosques are provided with free electricity. In 2019, Iranian Energy Ministry spokesman Mustafa Rajabi Mashhadi called for a fight against mosques, which he said was wasting energy by mining. Mashhadi posted on Twitter a photo of one of these mosques with installations for mining cryptocurrencies.

According to a representative of the Iranian Ministry of Energy, about 100 ASIC miners can bring in $ 260 thousand.

When ASIC miners work, a large amount of thermal energy is generated, therefore, cooling systems are used on mining farms. Co-founder of the Czech crypto exchange NakamotoX Kamil Breicha decided to use this energy from miners to heat vegetable greenhouses.