What Does A User Of A Bankrupt Crypto Exchange Need To Know?

From a legal point of view, the bankruptcy of a crypto exchange is a procedure associated with a lot of difficulties. There is no such type ... 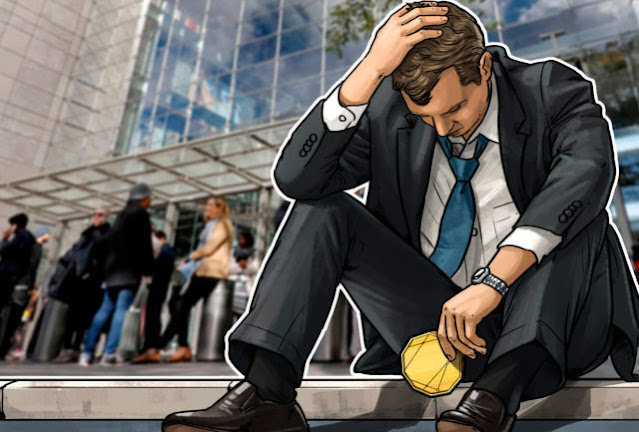 Crypto exchanges don't even always get some kind of license or permit. In many offshore jurisdictions, the crypto exchange and the legal entity for which the bank account is opened are two independent entities. Therefore, de facto, it is not always possible to link the assets of the exchange with the assets of a legal entity that has been declared bankrupt, said Yuri Borisov, a teacher at Moscow Digital School.

The procedure is hampered not only by the unclear and continuing to change the legal status of cryptocurrencies but also by the complex legal relations of participants in crypto transactions. Blockchain companies constantly work with cross-border transactions, which leads to a number of problems in the event of bankruptcy, since it is difficult to determine the jurisdiction of a crypto asset due to its virtuality. In some cases, cryptocurrencies are considered in the jurisdiction of the cryptocurrency exchange on which they are listed. In addition, the exchange and its servers can also be located in different jurisdictions.

Among the bankrupt crypto exchanges, Mt. Gox is perhaps the most famous. It was one of the largest cryptocurrency exchanges, accounting for 70% of bitcoin transactions at its peak. From 2011 to 2014, the exchange constantly experienced hacker attacks and technical failures but continued its activities. However, in early 2014, Mt.Gox clients began to experience problems with the withdrawal of funds, as a result, the exchange froze trading and ceased its work.

Mt. Gox was subjected to a hacker attack, during which about 850 thousand bitcoins were stolen for more than $ 450 million, at the exchange rate at that time. According to unconfirmed information, the funds could have been stolen much earlier - between 2011 and 2013.

The exchange was unable to recover the missing funds, and its owner, Tibanne Ltd. filed for bankruptcy in April 2014. Mt.Gox Ltd. and Tibanne Ltd. - Japanese companies owned by Mt.Gox owner Mark Capriles. In total, the company had 1.1 million active accounts in 239 countries.

Bankruptcy lawsuits are still dragging on. However, the investigation by the police and the legal processes have yielded results. Since 2018, Mt.Gox manager Nobuaki Kobayashi has repeatedly requested and received an adjournment from the court to submit a refund plan to clients. In February, the court approved this plan and until October 8, 2021, Mt.Gox creditors must support or reject it. Mt.Gox users will receive payouts in fiat currencies, Bitcoin, and Bitcoin Cash. In addition to the awarded funds, each creditor, regardless of the number of lost funds, will receive a base payment of 200,000 yen (~ $ 1920).

The source of payments is 250 BTC found after a while from the missing bitcoins. To receive payments in cryptocurrency, and not in its fiat equivalent, creditors had to insist on the abolition of the bankruptcy procedure and the beginning of the civil rehabilitation procedure.

Lenders who have requested fiat payments will receive them faster. For those awaiting payments in cryptocurrency, they will be made only if there is such an opportunity. Ultimately, such Mt.Gox clients will not receive back the full equivalent of their cryptocurrency balances, but they will have more funds in fiat than they did when the exchange went bankrupt.

Cryptopia cryptocurrency exchange went bankrupt as a result of a hacker attack in early 2019. The platform was founded in 2014, was actively developing and by the beginning of 2017 had more than 30 thousand registered users, and at the peak of its development, there were more than 2 million users on the exchange.

During the trial in the Cryptopia case, it was decided whether the stolen cryptocurrency could be considered the property of the account holders on the exchange. A New Zealand court ruled in favor of digital asset holders.

However, Grant Thornton, which is liquidating the exchange, has yet to complete the process of filing claims from its clients. Also, in order to receive payments, all Cryptopia users will have to go through KYC. Most of the funds belonging to clients have not been stolen, due to complicated legal procedures, their return has not yet occurred, even 2 years after the hacker attack.

What should a user of a bankrupt exchange do?

In order to have legal grounds to demand a refund, you must be ready to show documents confirming the formation of funds for the purchase of currency and confirm transactions for the purchase of currency, said Moscow Digital School teacher Yuri Borisov. Exchanges often stop working before going bankrupt, so ideally you should create and save "print screens" of transactions.

In the event that the exchange did not require identification, and the user did not, it will be almost impossible to pass KYC after the exchange is declared bankrupt. Therefore, it is reasonable to either go through KYC immediately upon registration and immediately inform the support service if your data has changed.

If the user does not want to spread unnecessary information about himself, then it is better to store digital assets on a hardware wallet, and not on a crypto exchange. Thus, you can protect yourself from the risks of bankruptcy of the exchange.

Speaking about possible difficulties in the return of funds, Brisov points out the difficulties in finding and recovering assets. In the United States, the Federal Marshals Service (an analog of our bailiffs) has a wealth of experience in seizing digital assets and bidding for their sale. In this case, the creditors of such a bankruptcy may be paid part of the debt after the auction. If the exchange is registered in offshore jurisdictions, the chances are scanty, the expert warned.

The only asset of the crypto exchange is its reputation. When the exchange goes bankrupt, you no longer have to worry about the reputation, so the chance of getting a refund will be minimal, Brisov is sure.

According to him, citizens of the United States and Great Britain will have the most chances to receive a refund, since the criminal systems of these countries will prosecute the assets of their citizens in almost any territory. Entrepreneurs understand this and, fearing to contact American and British courts or government agencies, the claims of creditors from the USA and Great Britain are satisfied more often than the claims of citizens even from European countries.

As the current legal practice shows, the return of a client's funds after bankruptcy can take more than one year. Many Mt.Gox users have not received anything even after 7 years. Cryptopia customers faced a similar problem.