What Prevents The SEC From Approving A Bitcoin ETF?

Over the past three years, the US Securities and Exchange Commission (SEC) has not allowed any company to launch an exchange-traded fund b... 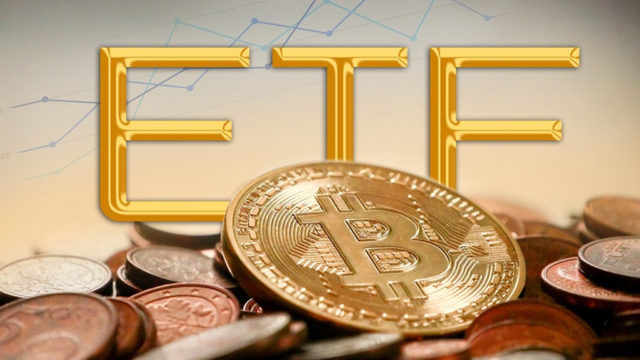 Over the past three years, the US Securities and Exchange Commission (SEC) has not allowed any company to launch an exchange-traded fund based on the first cryptocurrency. For example, Bitwise Asset Management company received a refusal from the regulator to create a Bitcoin ETF several times last year. The SEC argued this with concerns about the possibility of manipulation in the digital asset market, writes RBC Crypto.

On July 7, the SEC extended the deadline for considering the application of the investment company SkyBridge Capital to create a Bitcoin ETF until August 25. The application was sent to the regulator at the beginning of May. The SEC noted that they plan to attract additional specialists to work.

Against the background of the recognition of bitcoin as an asset class among institutional investors, investment companies again began to apply to the SEC for the creation of exchange-traded funds based on bitcoin. At the moment, the regulator is considering applications from ARK Invest, One River, VanEck, and Fidelity.

Why the SEC is slow

The SEC cannot approve any application just because they themselves have not yet figured out their own laws and rules regarding the regulation of the crypto market in the country, says Mikhail Karkhalev, a financial analyst at the Currency.com crypto exchange. According to him, now there are many holes in the US legislation, which confuse the regulator.

“If you allow investing in any assets, having certain“ holes ”that will help investors bypass certain restrictions, then investors and other wealthy citizens will use this,” the analyst said.

The US Securities and Exchange Commission has not yet made a decision on the issue of bitcoin ETFs, since this issue requires careful consideration, added Artem Deev, head of the analytical department at AMarkets. Experts should analyze the situation in the markets so that the settlement of the exchange instrument based on the cryptocurrency does not provoke any side effects and a new round of crisis.

The likelihood that the SEC will still approve the creation of the first bitcoin ETF in the United States increases as the economy recovers, Karkhalev said. According to him, due to the crisis, the authorities prefer that investors direct capital to the stock markets, and not to the crypto market.

Prospects for the digital asset market

The approval of the Bitcoin ETF by the regulator in the future may become a growth driver for the crypto market, but not return it to active growth, Deev is sure. After the spring drop-in rates, investors were left with big losses, so they need more incentive to start believing and buy Bitcoin again.

“The fall from $ 60 thousand to $ 30 thousand led to stagnation in the crypto market. Key investors and public figures who gave support to the rate of digital currencies remain silent for now, ”the analyst added.

At the time of the approval of the Bitcoin ETF by the SEC, the main cryptocurrency may sink, as it was after the release of digital coin futures on the Chicago Mercantile Exchange CME Group, Karkhalev predicted. Bitcoin futures were launched by the Chicago Mercantile Exchange in December 2017. At the time of the launch of the new financial instrument, the main cryptocurrency was trading in the region of $ 20 thousand. After the release of futures, the quotes went down and by December 2018 the price of bitcoin dropped to $ 3.2 thousand (a decrease of 84%).

According to him, in the long term, this will have a positive effect on quotes, since Bitcoin ETF is another regulated and transparent instrument for large investors and institutions.