What You Need To Know About Taxation Of Cryptocurrencies In Russia?

Since January 1, 2021, cryptocurrency has been recognized as property on the territory of Russia. This allows you to conclude formal transac... 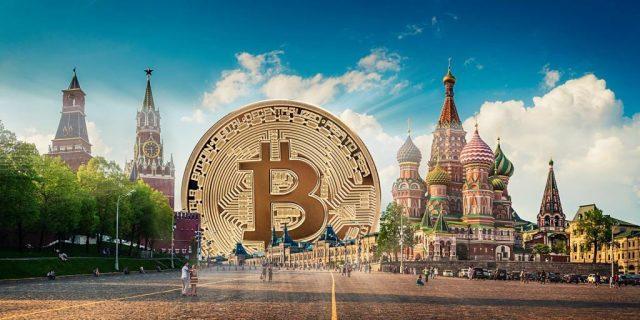 Since January 1, 2021, cryptocurrency has been recognized as property on the territory of Russia. This allows you to conclude formal transactions with its use. Russians have such an opportunity thanks to the law "On financial digital assets", which entered into force at the beginning of this year. However, the document prohibits the use of cryptocurrencies as a means of payment, writes RBC Crypto.

The recognition of digital assets as property led to the fact that cryptocurrencies in Russia began to be taxed. This is reasonable since taxes must be paid on any income that is subject to taxation, says Yuri Borisov, a member of the commission on legal support of the digital economy of the Moscow branch of the Russian Bar Association.

“For example, if a citizen earned 100 rubles, he must give 13 rubles to the state, but if the same amount is in cryptocurrency, then no? It would be unfair, ”the expert noted.

When to pay tax

There is no special tax regime for operations with cryptocurrency, noted Dmitry Kirillov, a teacher at Moscow Digital School. He explained that taxpayers have to be guided by the explanations of the Ministry of Finance, according to which the declaration of income is also carried out in a general manner.

At the end of the financial year (until April 30), a Russian citizen working with cryptocurrency must establish whether he was able to make a profit as a result of transactions for the purchase and sale of digital coins, and then pay personal income tax on this profit, explained Yuri Borisov ... According to him, for this you need to submit to the Federal Tax Service the personal income tax form-3, attaching extracts from the cryptocurrency wallet and a printout with exchange rates on the date of exchanging cryptocurrency for fiat currency (Russian ruble). You can submit documents to the Federal Tax Service at the place of registration (in person or by mail), or through the taxpayer's personal account on the department's website.

What to look for

At the moment, the status of the cryptocurrency in terms of value-added tax (VAT) when it is sold by organizations and individual entrepreneurs has not yet been determined, Dmitry Kirillov added. According to him, now the second reading of the bill is being held in the State Duma, which exempts the implementation of cryptocurrency from VAT. However, the mechanism for paying value-added tax on digital assets has not yet been identified, the expert noted.

The method of determining income in cryptocurrency also remains unclear, noted Yuri Borisov. According to him, the current legislation does not indicate whether it is possible not to consider a change in the price of a cryptocurrency as income if it is not exchanged for fiat.

“There is no official exchange rate. The form of notification of the Federal Tax Service about the fact of acquiring cryptocurrency is not explained in the law or in the letters of the department. There are a lot of cons. De facto, the law is still very far from being acceptable for adoption, ”added a member of the commission on legal support of the digital economy of the Moscow branch of the Russian Bar Association.

Dmitry Kirillov recommends that individuals, organizations, and individual entrepreneurs pay special attention to documenting cryptocurrency transactions. In the absence of documentary evidence of the purchase of cryptocurrency (for example, from hands for cash), tax authorities will most likely refuse to deduct the purchase costs, he said.

Punishment for non-payment of tax

A citizen who did not inform the tax authorities about the ownership of the cryptocurrency is deprived of the right to judicial protection, said Yuri Borisov. He claims that this is contrary to the Constitution of the Russian Federation, which says that every citizen has the right to a defense in court. All fines provided for by the Tax Code of the Russian Federation and which are applied to those who have been caught in tax evasion also apply to operations with cryptocurrency, Yuri Borisov emphasized.

“It's just not clear yet how these sanctions will be applied in practice. The tax authority has too much room for maneuver, ”he added.

Also, the deputies propose to establish a fine of 50 thousand rubles for individuals and organizations that did not provide information on obtaining the right to dispose of digital currency within the specified timeframe, including from third parties. On February 17 this bill was approved by the deputies in the first reading.

What a crypto investor needs to do