In 2021, amid the growth of bitcoin, large companies began to show interest in it. Tesla, MicroStrategy, Square, The Motley Fool, and others... 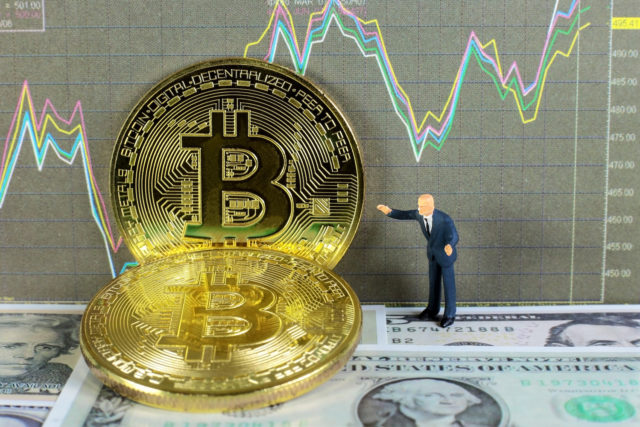 In 2021, amid the growth of bitcoin, large companies began to show interest in it. Tesla, MicroStrategy, Square, The Motley Fool, and others have already invested in the main cryptocurrency. It is noteworthy that not only US companies are showing interest in digital assets. In early April, Hong Kong tech giant Meitu increased its investment in bitcoin to $ 100 million, writes RBC Crypto.

The world's largest hedge fund Bridgewater Associates expressed its readiness to invest in bitcoin, only after the volatility of the main cryptocurrency decreases and liquidity increases.

The experts explained why companies are interested in digital assets and how they benefit from working with them.

News about the purchase and use of cryptocurrencies by large companies usually appears against the backdrop of the growth of the crypto market, which can be called an excellent way to advertise for yourself, says Vitaly Kirpichev, director of development for the TradingView platform in Russia. According to him, such news generates a lot of comments and discussions on social networks, which is useful for any company, both large and small. But on the other hand, the expert noted, cryptocurrencies are turning into completely ordinary assets in the portfolio of a modern investor.

“Some companies hold stocks or bonds on their balances, others may invest in bitcoin and other cryptocurrencies, simply because they can potentially show more profitability,” added the director of development for the TradingView platform in Russia.

Vitaly Kirpichev also recalled the words of Tesla CEO Elon Musk that the company's acquisition of bitcoins for $ 1.5 billion is a gamble. Then the entrepreneur explained that Tesla's actions do not directly reflect his opinion, but bitcoin is "simply a less stupid form of liquidity than savings in cash."

Corporations can use cryptocurrencies, for example, to pay for their goods and services, explained Michael Ross-Johnson, CEO of cryptocurrency p2p platform Chatex. For example, in March 2021, Tesla added the ability to purchase an electric car with Bitcoin. Elon Musk then announced that the company would not convert cryptocurrency into fiat funds.

Another reason companies may be interested in digital assets is adopting new technologies in their manufacturing processes, added Michael Ross-Johnson. In his opinion, the use of cryptocurrencies in the activities of corporations is rather an initiative of their leaders and owners who believe in new technologies, in a new future fair financial system.

“And they are so successful in their companies that they buy cryptocurrency on behalf of the company, contributing to the development of their organization,” the expert explained.

Cryptocurrencies have become a good business tool for diversifying risks, said Yuri Mazur, head of data analysis at CEX.IO Broker. This is especially important when the world's largest states turned on printing presses to support global trade and the economy. According to him, sooner or later, incentives will have to be abandoned, traditional markets will be under attack and, perhaps, the best solution for business will be the crypto market. Now large companies are only looking at digital assets, the analyst said.

Continuation of the trend

The likelihood that large companies will continue to show interest in and invest in digital assets remains, says Michael Ross-Johnson. In his opinion, in this case, everything depends on the bitcoin social distribution index - how popular it will be among the richest people in the world, among the owners of the most famous companies in the world.

In addition to continuing purchases of bitcoin by large corporations, another trend may develop - the creation of their own corporate cryptocurrencies, Vitaly Kirpichev is sure. Unlike 99% of all cryptocurrencies, such tools will rely on the support of real businesses, the expert added.

Yuri Mazur adheres to a similar opinion. He believes that large companies will try to create their own cryptocurrencies for their implementation in their own ecosystems, and existing cryptocurrencies, especially those in the TOP-10, will be used to diversify investment portfolios, following the example of Tesla.