Why Are The Whales Stocking Up On Bitcoins?

Large cryptocurrency holders, whose addresses contain from 100 to 10 thousand bitcoins, continue to accumulate digital coins. This is indica... 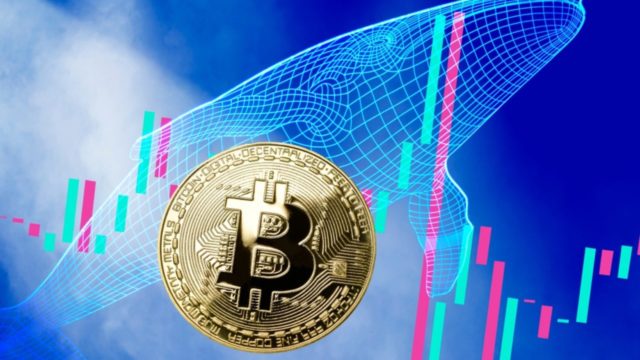 Large cryptocurrency holders, whose addresses contain from 100 to 10 thousand bitcoins, continue to accumulate digital coins. This is indicated by the data of the analytical service Sentiment. Over the past month and a half, the whales have increased their investments in the main cryptocurrency by $ 6.3 billion, having bought 170 thousand bitcoins. In the last ten days alone, large holders have purchased 40 thousand digital coins, writes RBC Crypto.

The accumulation of bitcoins by "whales" began in mid-May of this year when the value of the main cryptocurrency in one day fell by more than 33% and reached $ 30 thousand for the first time since January. Then the managing director of the financial company BTIG, Julian Emanuel, stated that large investment funds were the main buyers of bitcoin during the collapse of its quotations to $ 30 thousand.

The accumulation of large volumes of bitcoins by whales over the past two months indirectly testifies to the continued positive sentiment in the long term, says Yuri Mazur, head of the data analysis department at CEX.IO Broker. Despite this, the expert recommends that you be wary of such statistics since the exact reason for buying a cryptocurrency is unknown.

“If, for example, a fund bought a large number of bitcoins at the maximum price, then entering long positions at the lows can lead to a“ dilution ”of the entry price and a downward change in the break-even exit price,” the analyst noted.

According to Mazur, in this case, investors will tend to take profits, and not hold the position for a long time.

Waiting for a new growth cycle

During the market drawdown, when many were selling cryptocurrency, large professional players, on the contrary, were stocking up on digital coins in anticipation of a new growth cycle, says Vladimir Smetanin, director of the financial company Newent. He cited the example of the investment bank Goldman Sachs, which, despite the decline in the crypto market, increased the volume of bitcoin trading.

In July, it became known that most of the clients of the asset and capital management division of investment bank JPMorgan began to view bitcoin as an asset class and want to invest in it.

Positive for the market

Major players continue to accumulate the cryptocurrency, but it is not known for sure whether these are new investors or existing holders of digital coins, warned Anton Kravchenko, CEO of Xena Financial Systems. In his opinion, new investors who have not previously participated in cryptocurrency trading may consider buying Bitcoin 50% below its maximum price as a good deal.

“For the market, this is good in any case, but it does not guarantee a reversal at this point,” said Kravchenko.