Why Has China Started Tightening The Screws On Cryptocurrencies?

Since mid-May, the bitcoin rate has fallen by 48%, to $ 34 thousand. Cryptocurrency quotes began to decline sharply after the tightening o... 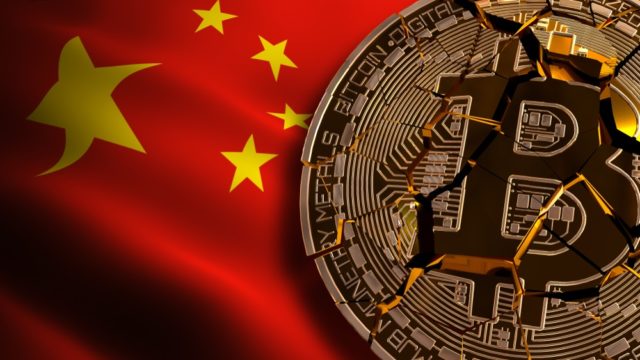 Since mid-May, the bitcoin rate has fallen by 48%, to $ 34 thousand. Cryptocurrency quotes began to decline sharply after the tightening of regulation of the digital asset market in China. Until recently, the country was one of the leaders in the industry, including in terms of the number of bitcoin miners. However, now everything has changed, in the last two months, not only miners, but also companies from the crypto sphere began to leave the country, writes RBC Crypto.

On July 5, blockchain company IBC Group announced plans to close data centers for cryptocurrency mining located in China. The company will transport equipment and employees from the PRC to the USA, Canada, the United Arab Emirates, Kazakhstan, Iceland, and various countries in South America.

How it all started

On May 19, three Chinese financial regulators overseeing online financial transactions, the payments market, and clearing banned local financial institutions from providing services related to cryptocurrencies. The statement explained that virtual currencies are not supported by real value, their prices are easy to manipulate, and trading contracts are not protected by Chinese law. After that, the bitcoin rate fell by a third per day, to $ 30 thousand.

A few days later, Vice Premier of the State Council of the People's Republic of China Liu He called for stricter regulation of mining and crypto trading in the country, and the government news agency Xinhua published an article "Urgently eliminate the hype and chaos around virtual currency." It discusses four risks associated with trading and using cryptocurrencies: market, transactional, technology, and compliance.

Against the backdrop of negative rhetoric regarding cryptocurrencies, miners began to stop work in China at the end of May. BTC.TOP and HashCow were the first to stop mining bitcoins. Also, the suspension of mining and customer service from mainland China was announced by the crypto exchange Huobi.

And in June, four Chinese provinces introduced a mining ban in two weeks. For example, the authorities of Sichuan, a major mining center for cryptocurrency, have approved measures to discourage mining in the region. First of all, this affected 26 companies that worked officially.

The People's Bank of China (PBOC) also held a meeting with representatives of five Chinese banks and the Alipay payment system. The regulator instructed financial institutions not to participate in transactions with digital assets. Following this, the Agricultural Bank of China (ABC), the third-largest banking institution in the PRC, issued a warning banning digital asset transactions. The bank promised to block all such transactions, as well as to terminate contracts with customers who performed these transactions.

What is the reason

The Chinese authorities have set a goal to promote their own digital yuan, therefore, at the state level, they are fighting and will fight against unofficial cryptocurrencies, explained Vitaly Mankevich, President of the Russian-Asian Union of Industrialists and Entrepreneurs (RASPP). According to him, the Chinese are "clearing" the space by bans on mining.

“China wants to make the yuan the world's main reserve currency, and this can only be done through a new technology, which is the digital yuan. Therefore, China will fight against any unofficial currencies that alienate the country from world leadership in a new area, ”Mankevich is sure.

He suggested that the tightening of cryptocurrency positions from a number of national provinces will also intensify since Bitcoin is not controlled, which means it poses a threat.

At the end of June, passengers on the Beijing subway were able to purchase tickets using the digital yuan. And two weeks earlier, the Industrial and Commercial Bank of China (ICBC) was the first in the country to allow its clients to convert digital yuan into cash and vice versa.

Last year, the IPO of Ant Financial, Alibaba's fintech business, was thwarted, in large part because of fears by the Chinese authorities that the Alipay payment system will compete with the digital yuan, said Nick Avramov, co-founder of digital assets consulting company DEFI Agency. According to him, a similar trend is now observed in the case of cryptocurrencies.

“It's not about the miners themselves, but about supporting the widely adopted digital yuan. Fundamentally, nothing new has been adopted recently - the existing restrictions have already been spelled out in regulatory acts since 2017, but now they have begun to be observed, "Avramov said.

In September 2017, the People's Bank of China banned initial offerings of tokens (ICOs) in the country and threatened to revoke licenses to platforms that do so. Therefore, according to the expert, now the Chinese authorities are not revising their policy in relation to digital assets, but are implementing the practices and laws adopted earlier.