Last month, China tightened the regulation of cryptocurrencies in the country. In four provinces of the PRC, a ban was imposed on the mining... 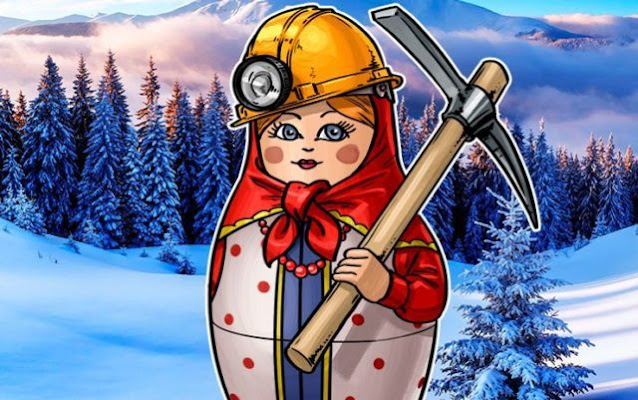 Last month, China tightened the regulation of cryptocurrencies in the country. In four provinces of the PRC, a ban was imposed on the mining of digital assets, and Chinese banks and other financial institutions were banned from conducting operations related to cryptocurrencies.

Restrictions in China led to the fact that more than 70% of miners by the end of June turned off their equipment to move to other countries, and the hash rate of the bitcoin network collapsed by more than 50%, writes RBC Crypto.

The Netherlands called on to learn from China's experience in the fight against the spread of cryptocurrencies. And the Indonesian regulator has introduced a ban on the use of digital currencies as a means of payment or other instruments of financial services. The head of the Bank of Russia Elvira Naibullina has also repeatedly criticized cryptocurrencies and called them a monetary surrogate.

At the moment, the law "On financial digital assets" is in force in Russia, which entered into force on January 1, 2021. The document defines cryptocurrency and prohibits its use to pay for goods and services. Advertising of payments with digital assets also falls under the ban. However, the sphere of cryptocurrency mining still remains unregulated on the territory of the Russian Federation.

Why does it make no sense for the Russian authorities to prohibit the mining of digital assets and how can this industry be regulated in the country in the future?

In Russia, there is now no need for such a tightening of regulation, since the country does not have such large mining capacities, says Yuri Mazur, head of the data analysis department of CEX.IO Broker. Despite this, according to the analyst, Russia will strategically move towards increasing control of cryptocurrencies.

Now the Chinese authorities are trying to transfer all transactions under the controlled digital yuan, says BitCluster co-founder Sergey Arestov. He added that the Chinese economy is the largest in the world, so the country can do without the mining industry, which develops energy infrastructure, creates new jobs, brings foreign investment and profits to the budget.

“The Central Bank of the Russian Federation will need to clear the way for the digital ruble, and here the experience of China will most likely be copied,” Mazur said.

The Russian authorities will not follow the path of China and will not impose bans on cryptocurrency mining, Roman Nekrasov, co-founder of the ENCRY Foundation, is sure. In his opinion, since the Russian Federation also seeks to restrict and put under full control the cross-border movement of capital, then some measures to restrict miners are likely to be taken.

On a different path

Most likely, on the issue of mining, Russia will take a different path and introduce a special regulatory regime for enterprises engaged in the extraction of cryptocurrency, Nekrasov says. He explained that this may be a mandatory licensing of mining enterprises and the obligation to declare the received coins in order to prevent their sale on OTC sites with subsequent withdrawal abroad.

Even if the authorities begin to introduce measures aimed at attracting foreign miners through tax breaks and favorable electricity tariffs, this is unlikely to make Russia attractive for miners, said the co-founder of the ENCRY Foundation. In his opinion, Chinese miners, already faced with harsh and harsh actions by the authorities in their homeland, are now looking for jurisdictions with clear and, most importantly, predictable regulation.

“Unfortunately, the Russian investment climate does not differ in clarity and predictability,” said Nekrasov.

Foreign investors are wary of investing in Russia: they are wary of both sudden actions by the Russian authorities and possible international sanctions that will somehow affect their business, the expert added.