In the instance of Polygon (MATIC), it tackles some of the scalability and transaction fee difficulties that Ethereum (ETH) has. 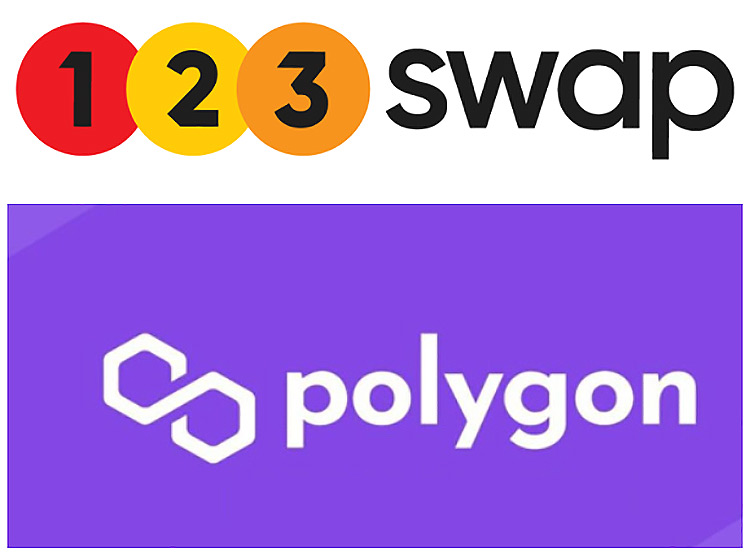 123swap has created technologies to help the platform beat the competition, be faster and become the best swapping platform globally.

Asking what problem a project is aiming to tackle is sometimes the simplest approach to understanding it.

In the instance of Polygon (MATIC), it tackles some of the scalability and transaction fee difficulties that Ethereum (ETH) has.

Ethereum is the second most popular cryptocurrency, and it was the first to include smart contracts. Smart contracts are little pieces of code that allow you to program blockchain databases. As a result, the Ethereum network has been used to develop thousands of applications.

Ethereum, however, hasn't really been capable of keeping up with its own success. Developers and consumers will have to put up with the congestion until it can fully upgrade to Eth2 (which, according to head developer Vitalik Buterin, may not happen until 2022).

Polygon comes into play in this situation. Polygon, which bills itself as an Ethereum scalability solutions aggregator, is looking into a variety of scaling methods. The idea is that instead of being provided with a one-size-fits-all solution, developers can pick and select what works best for them.

Should You Buy It?

If you're thinking about buying MATIC, keep in mind that cryptocurrencies are extremely volatile investments, so you'll need to be prepared for large price swings. Only invest money you can afford to lose, and make sure to build up your emergency retirement savings account first.

Polygon Has a Proven Track Record

Mark Cuban, a multibillionaire and crypto enthusiast, has invested in Polygon, indicating the company's long-term viability. Another plus is that,  Its network currently hosts approximately 350 applications. Aave and SushiSwap, for example, are well-known decentralized financial projects.

The major disadvantage is that Polygon is inextricably linked to Ethereum. Furthermore, it competes in a highly competitive and continually changing market.

Polygon’s Future is Tied To Ethereum

One factor to consider for potential Polygon investors is the rate at which the programmable blockchain space may evolve. In the last ten years, blockchain technology has advanced by leaps and bounds. As a result, there's always the chance that a new generation may surpass the existing players.

This is a risk that every cryptocurrency faces, but it's especially acute in the case of Polygon. Polygon not only faces stiff competition from other cryptocurrencies such as Polkadot and Cosmos, but it also runs the risk of becoming obsolete once the Eth2 update is completed.

Also, despite the fact that Polygon is working on numerous scaling methods, it is focused entirely on the Ethereum network. If another programmable blockchain (such as Cardano) someday finally beats Ethereum, Polygon's solutions will become obsolete. There's a danger Polygon has bet everything on the wrong horse.

However, even if alternative programmable blockchains gain market share, Ethereum is unlikely to vanish completely. Polygon's founders think that their technology will remain important even after the Eth2 upgrade. This is because it can help Ethereum interact with other networks while also speeding up transactions.

Polygon has a lot going for it, with a great team and a number of different applications already developed on the network. Investors should keep an eye on the implementation of Eth2 as well as the activity of Polygon's competitors. It's still unclear how this sector will develop, and there's plenty to play for.